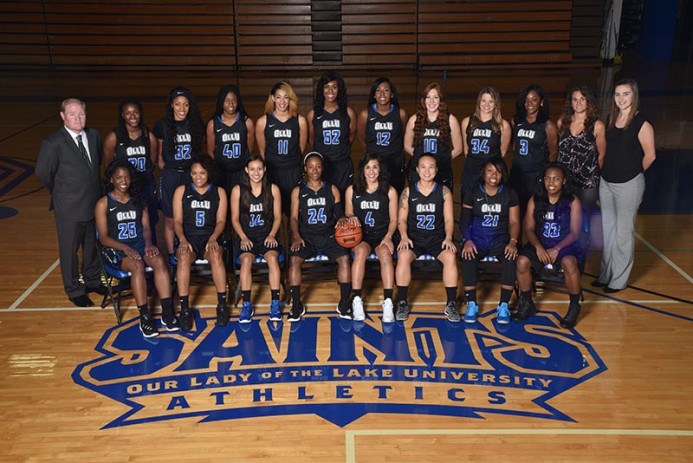 SAN ANTONIO—Achievements and a level of high excellence has become a new normal for the Our Lady of the Lake University Women’s basketball since Christopher Minner acquired the head coach position back in 2012.

Last week the team received their highest ranking in Our Lady of the Lake University history by ranking No. 4 in the NAIA Division I Women’s Basketball Coaches’ poll.

The newest poll makes the Women’s team the highest ranked

women’s sports team in history for all colleges and universities in San Antonio creating a new city record.

“You got to build yourself up to those rankings and the fact that we’ve been ranked in the top 15 the past couple years creates an accumulation. It’s really a statement of not only of this year’s team, but the past three teams,” said Minner.

The Saints are on the highest winning streak in OLLU history with an 18-game winning streak. There are eight conference games left in the season. The national tournament is set to begin in March.

The returners for this season.

Minner continues to push his team to new records.

Pinkerton leads all Saints with points, steals, and assists.

Pinkerton drives into the paint for a layup.

The women’s basketball team runs out to play against St. Thomas.

Coach Minner draws up play during a timeout. 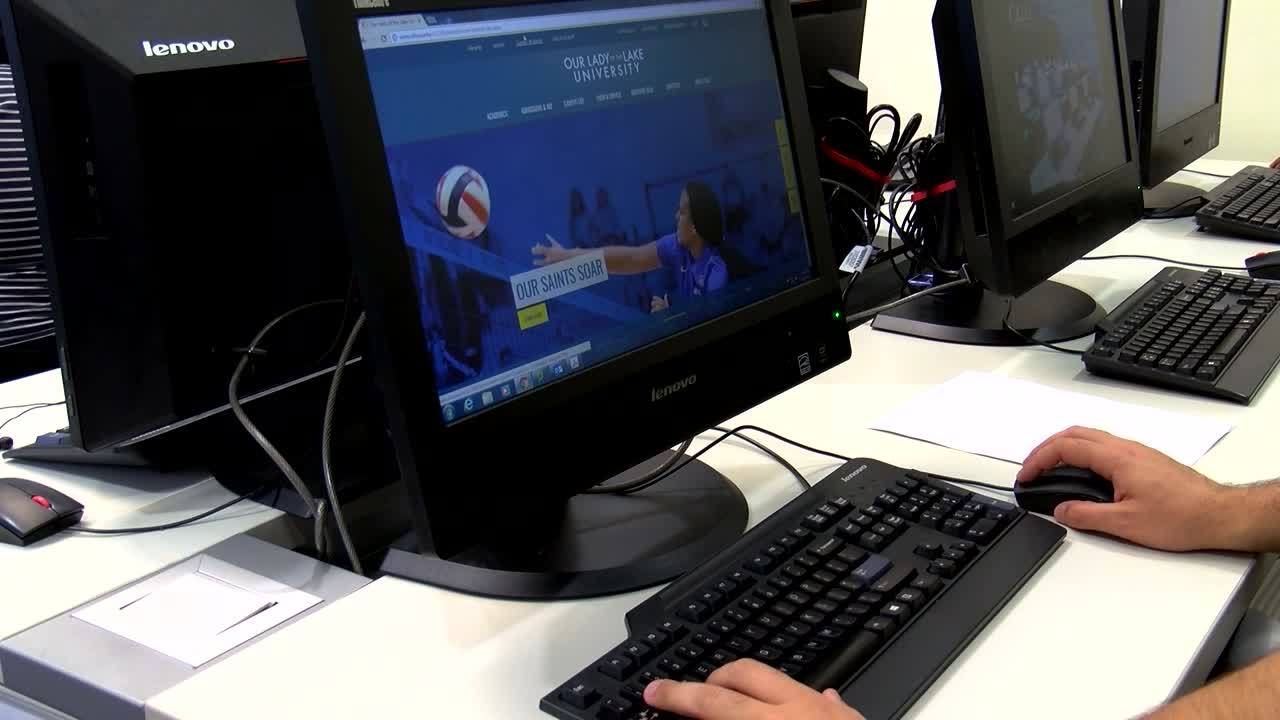 SAN ANTONIO – Many athletes put in around fifty plus hours during the season committing their time to the sport that they are in. Those fifty hours are mandatory that 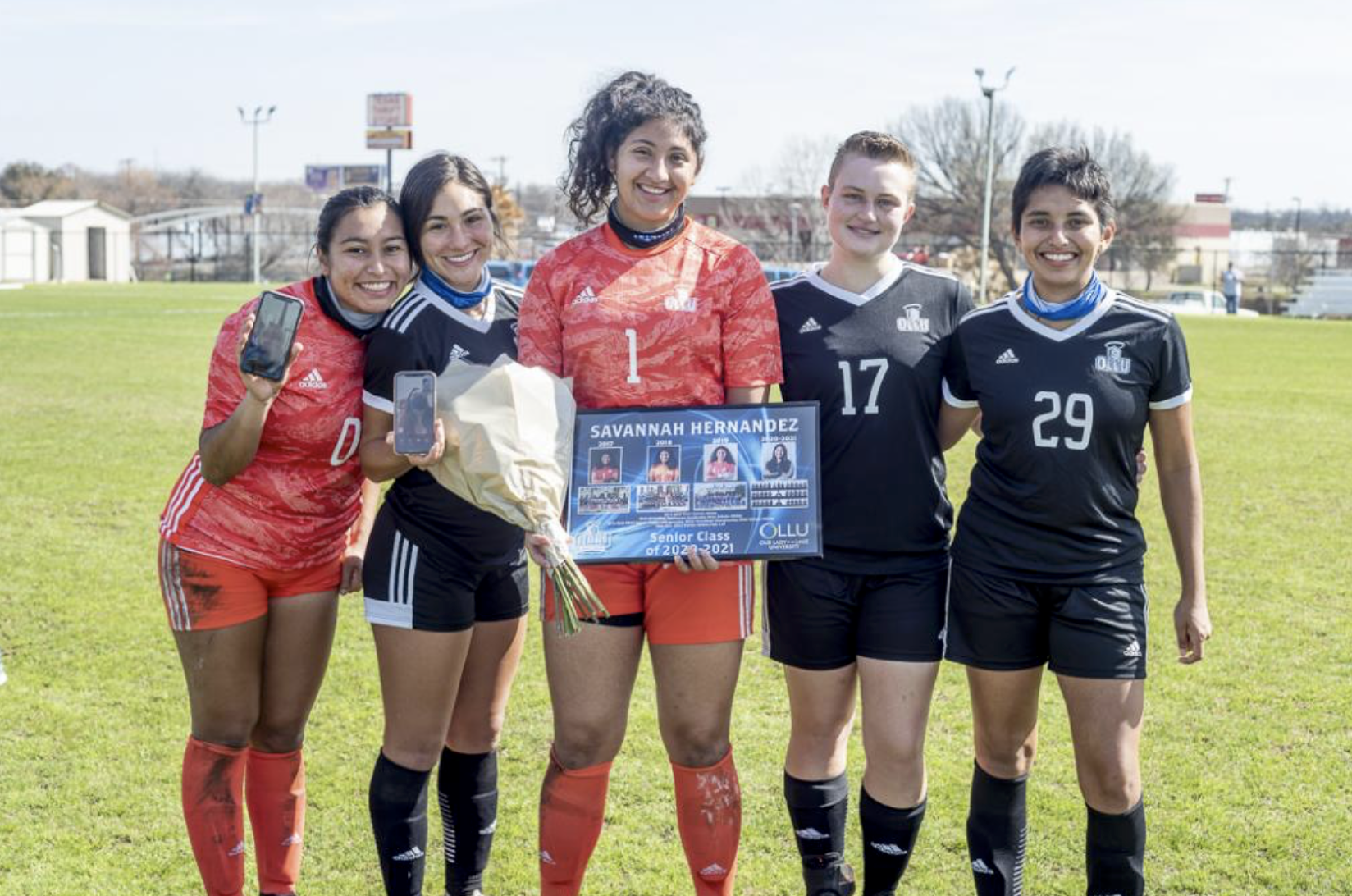 By Sophia Mora SAN ANTONIO – The Our Lady of the Lake University (OLLU) women’s soccer goalkeeper, Savannah Hernandez, actually began her athletic career as a wrestler. Born and raised 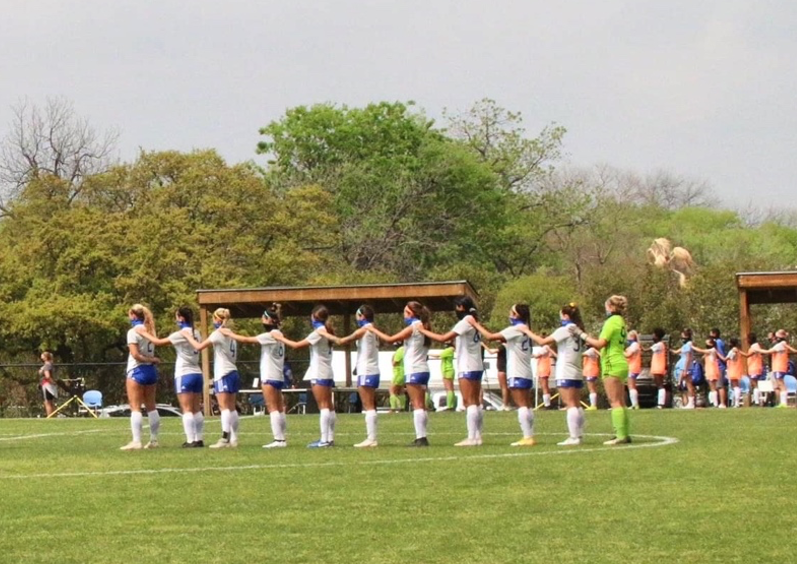