As the year comes to an end, Our Lady of the Lake University students have to prepare to say goodbye to the seniors who are graduating this year. One of the Spring graduates being Jesse Escareno.

Escareno is a Residence Assistant for OLLU who is from a small town in Texas named Robstown. In 2015 he graduated from Tuloso Midway High School, and came to OLLU right after. Escareno is a first generation college student, and said he chose OLLU because “the campus made me feel at home, everyone was so welcoming and always had smiles on their faces.” Escareno also said that the South West side of San Antonio is just like a larger version of his hometown.Throughout his life, Escareno always wanted to be a secret agent of some sort, which influenced his choice of major.

Escareno is a Criminal Justice major and has never thought of taking another path, with the exception of the oil field because his father was raised in that business. Many people who know Escareno would agree that he has a big heart for helping people in need and loves keeping people safe, he believes that with this trait he’ll be successful in the criminal justice field.

At the beginning of his college career, Escareno was in the Omega Delta Phi Multicultural Fraternity. “Being in the organization allowed me to grow as an individual,” Escareno said. However, because he had other priorities in life, he decided to drop his letters. “In all honesty if it was not for their support or care I may have dropped out of college my sophomore year,” he added.

Escareno said he is glad that he chose to come to OLLU, because his professors know him, and there is so much one on one as well as assistance to get students to where they need to be.

Escareno has had many accomplishments, but the main one for him is making it to where he is now, almost done with school and receiving his degree. He has had many struggles as a student, but being a first generation college student he is proud of his progress. After graduation, Escareno plans to go home and apply for jobs with the Department of Public Safety as a state trooper, with the goal of eventually becoming a Texas Ranger.

By Elyssa Tijerina SAN ANTONIO – Despite Our Lady of the Lake University being a private Catholic school, the Lesbian, Gay, Bisexual, Transgender, and Queer+ (LGBTQ+) community on campus continues 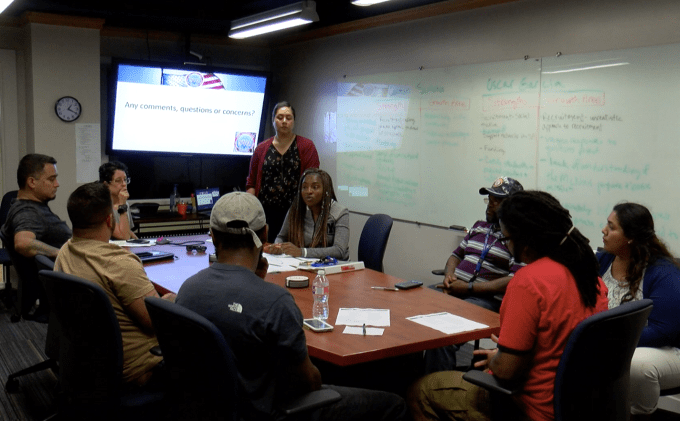 The Prodigy (2019) Rated R Thriller/Horror Time: 1hr 31 mins. It is hard to make a good scary movie nowadays. With that being said, “The Prodigy” lived up to the